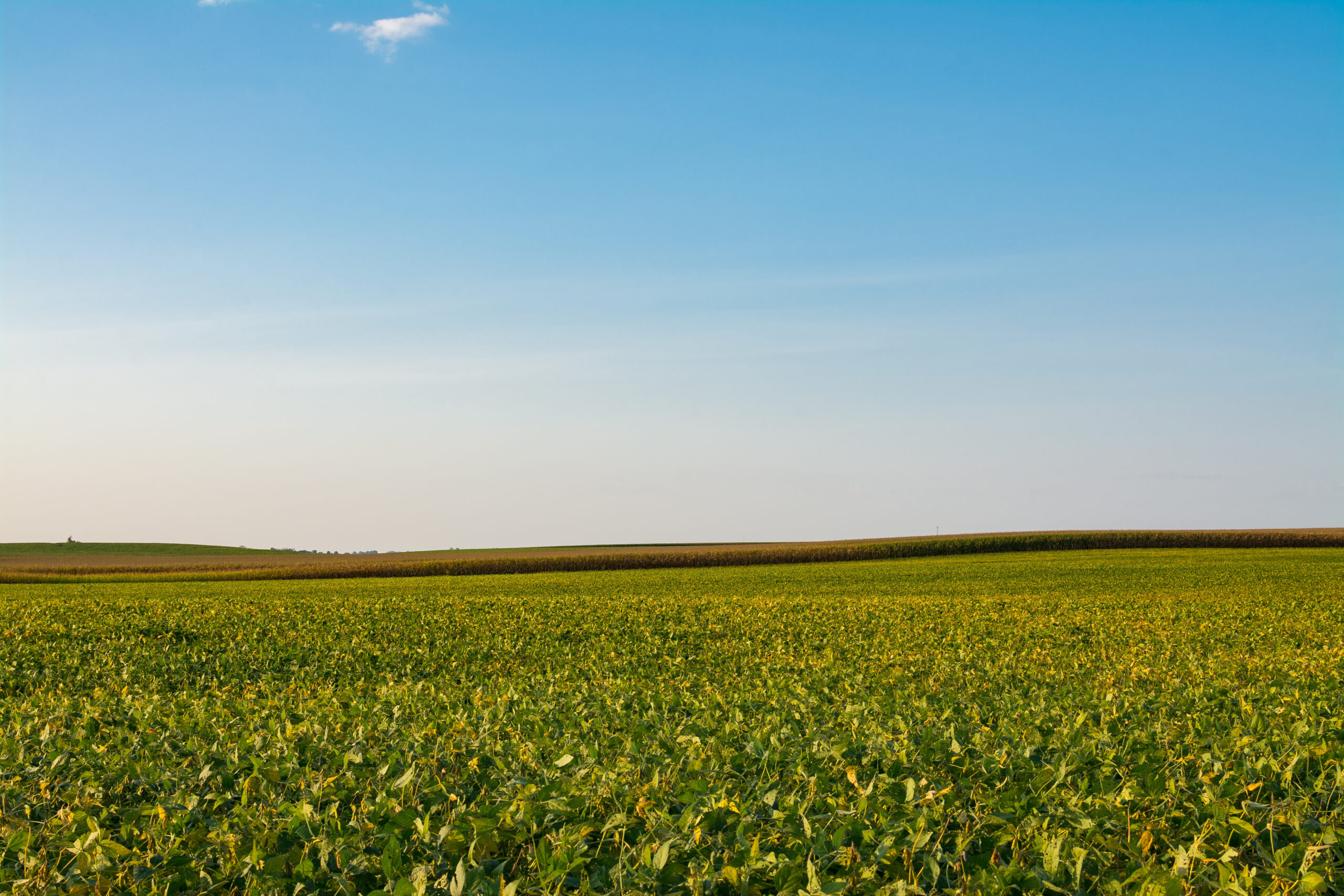 Orientation: What drainage district are you standing in?

In his influential essay, "Kennecott Journey: The Paths Out of Town," historian William Cronon provided a model for telling environmental histories by focusing on the ecological connections that shaped the life and death of an Alaska ghost town called Kennecott. Noting that one key feature of modernity is how it created ever more profound connections between human places and ecosystems, while at the same time obscuring those connections, Cronon suggested that a good mode of environmental history involves following the routes, the linkages, the infrastructures that connect and disconnect places in time.

Champaign, IL, is no ghost town (although one could mistake certain parts of it for one in the summer months when the University campus is empty). But what if it were? How would we tell its history by looking at its landscape? How would we know what happened here? In Cronon's terms, it might be straightforward to tell the history of this place by focusing on some quite literal paths: The Illinois Central Railroad (1851); U.S. Route 41 (1929); Interstate Highway 57 (1961). These paths brought many things in and out of this place in the modern era, and shaped economic and cultural connections to distant markets and supply chains.

For instance, paths like the railroad are part of the reason for the great paradox one faces living in Central Illinois: Although we live in one of the richest agricultural regions of the world, almost nothing we eat around here comes from the nearby farms. How come? The answer can be had by following the corn on its path out of town, and the packages of bacon and processed food on their way in. As we follow these paths, we stop to wonder why the connections that shape these imports and exports can often seem so invisible.

One such invisible story of connection and disconnection in this specific place is arguably more fundamental than any other to the ecological history of the region. It is the story of water. Although most of us in the Midwest are not accustomed to thinking about water as a central factor-- because not at all a limiting factor-- in the environmental circumstances of our place, it is nonetheless true that one of the most important paths out of town is a river.

And not just any river, but something of a cyborg river running ramrod straight through the cornfields. This is a river fed by thousands of miles of PVC tubes (still known as drainage "tiles" in local parlance, although they are no longer made of clay like their predecessors) buried underneath the rural landscape, totally out of sight. This is a river periodically gushing with massive springtime floods and their associated agricultural runoff, including importantly topsoil and agrochemicals. This is a river that embodies one of the most profound landscape changes perhaps in all of North America, and a river whose destiny is intertwined with a key symbol of the anthropocene: the dead zone of the Gulf of Mexico, which grows bigger each year.

The river out of town has a complex history, entangled with the story of settler colonialism in this place. Counterintuitively, despite its amazing fertility, the region in which the University of Illinois sits was relatively lately settled in the 19th century relative to other rural places in the Midwest. While we would expect that American settlers might have dug in here quite early given the area's great soil, in fact it was not until the last decades of the 19th century that much of the landscape here was actually claimed by colonists for productive use.

Moreover, as one of the oldest buildings in heart of Champaign attests, early settler agriculture in this place was originally not about row crops. "Cattle Bank" the sign on this National Landmark announces, reminding us that the original farmers here were less concerned with grain, and more interested in animals. This is an important fact. As 19th century central cities most often structured the ecosystems of their rural hinterlands through expanding marketplaces, this region was easily within Chicago's zone of intensive agriculture; it was certainly not remote enough to make crop-farming or even dairy cost prohibitive from a transportation standpoint. So why was farming here dominated not by crop-raising but by grazing animals, a type of low-intensity agriculture more characteristic of the ranches of remote West?

The answer is simple: the landscape was too wet for crops. Geology made destiny: in this formerly glaciated landscape, subsoils were "tight" (as they say in farming), and the surface of the topsoils was table flat. In these conditions, water just didn't move at all. For much of the year, therefore, wetlands of various kinds (from wet prairie to outright marshes) comprised between 30-40% of the landscape in Champaign County. In many areas, it was not until the late 1800s that settlers managed to do anything to combat these crop-prohibitive conditions. And what they finally did, once they had enough capital and once markets ensured profitability of their efforts, was radical: they straightened out the rivers and drained the entire landscape. Almost none (in fact between 0-1.9%) of the wetlands or wet prairie survives in Champaign county.

This was a profound change. In the popular imagination, we oversimplify the ancient landscape of this eastern prairie region, following early settlers who identified it as a homogenous "sea of grass." In fact it was much more complex from an ecological standpoint, and some of the most important, edgy and biodiverse parts of the landscape were the wetland assemblages and wet prairies. Draining these away represented a massive ecological change, as well as a fundamental change in the hydrology of the region.

And if the physical transformation of the landscape was radical, it was joined by a political evolution which was equally momentous. A little known but powerful entity, the drainage district, was adapted to Illinois' purposes in an 1871 law. In every little corner of every little watershed, local landowners organized themselves into drainage districts, whose means and ends could sometimes be democratic and cooperative, but often could favor the powerful at the expense of the weak. Pulling the strings of these new administrative structures, capital-rich farmers financed huge drainage projects and often consolidated control of the newly-productive land. Soon many were making money through rents and absenteeism. In the late 19th century, Central Illinois had the highest rate of tenancy in any agricultural region of the U.S. outside of the sharecropping South.

This story is mostly invisible both to non-farming residents of the region and, I would argue, to many environmental historians. Surely water engineering is not off the radar screens of historians concerned with the relationship between humans and non-human nature. Many environmental historians of the trans-Mississippi American West have told a version of that region’s history centered around the central question of water and reclamation. Some have argued that the central fact of the West’s aridity demanded a powerful state intervention in the form of Progressive-era water engineering, and this defined a certain brand of Conservation in the United States and World history in the twentieth century. The West, in one telling, became a "hydraulic civilization."

But water engineering was no less important to the modern Midwestern corn belt. Here the engineering problem was not aridity, but flatness. Perhaps even more so than ecological changes in vegetation cover, the changes that landowners wrought in combating the flatness of this landscape were profound, severe, and irreversibly permanent. If it is true that the prairie peninsula is one of the most radically transformed ecological assemblages in North America, measured from the beginning of settler colonialism to today, surely drainage is a— if not the—most central aspect of that transformation.

If you live in Central Illinois, asking yourself what drainage district you reside in is one way of recalling one of the most important paths out of town in this region. And it is not just a historical question, but a live issue for the anthropocene. It is well known that agricultural drainage in the springtime washes away huge quantities of fertilizers and other ag chemicals, which rush through underground drains, down the straightened and channelized streams of Illinois to the Mississippi River, and ultimately into the Gulf. These chemicals contribute to eutrophication in many downstream environments, and it is estimated that Illinois' runoff accounts for something like 15% of the nitrogen and 10% of the phosphorous loading in the Mississippi River, which ultimately contributes to hypoxia in the Gulf. U of I researchers today work on bioreactors-- special tanks filled with chemical-reaction inducing woodchips-- that can denitrify the water running out of agricultural drainage systems before sending it downstream. These new adaptations are increasingly effective at doing the work that wetlands and shallow meandering creeks and backwater lakes once may have done as "ecosystem services" before the landscape was engineered.

Flatlands can be disorienting, especially since so much of their history is invisible or even literally buried. Unflattening the image of the Midwestern landscape reveals a complex environmental history featuring a massive engineering project that left little trace on the land, and even less in our consciousness. These unseen infrastructures need to be dug up and viewed in the light of day, lest they fool us into taking the monocultural and industrial landscape around us for granted, an unquestioned example of what Cronon calls "second nature." Following the paths of connection across this flatland can restore a sense of the contingencies involved in how this place came to be, and perhaps give us a sense of how to live in it better.

And in a larger sense, restoring contour to a flattened historical narrative helps us know how to act in the world. Modernity itself acts as a flattener, attempting to hide complexity, connection, disconnection, and loss beneath a clean surface of Progress. Environmental humanists are in a good place to question these flattened narratives and restore unseen connections.

check out other Flatland contributions below